Alpine Meadows, California – Dating back to the late 1800s, the River Ranch Lodge & Restaurant is a recognized landmark perched along a celebrated bend on the historic Truckee River.

Initially completed in 1888, the River Ranch (originally called Deer Park Lodge) grew into a fashionable watering hole; with a unique and picturesque location on the narrow gauge railway, the 'Ranch brought many visitors to its door. The Lodge was always a featured and favored spot. It remained a popular resort until the Great Depression of the thirties, when tourism came to a standstill. The Lodge was abandoned and became dilapidated through disuse. In 1950, the old structure was cleared and a new building was erected.

The 1960s and '70s championed a bygone era of fashion and fun, steeped in rich tradition. During the 1960 Olympic Games at nearby Squaw Valley, numerous foreign diplomats used the Lodge as their headquarters. The Who's Who of San Francisco elite rubbed elbows with the likes of the River Ranch Rats and friends, solidifying the trademark culture of this iconic venue. Named one of Time Magazine's top 10 Resorts in 1967, the River Ranch was primed to host anything from lively parties to romantic retreats. 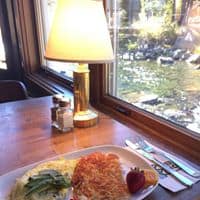 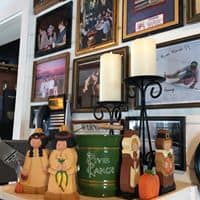 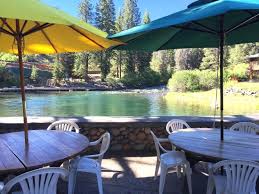 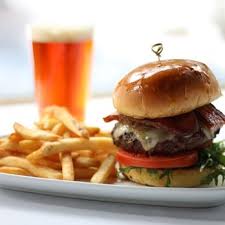 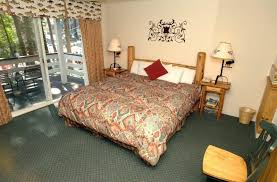 The Crest Café offers fresh homemade breakfast, lunch and happy hour in a cozy setting beside the Truckee River

Breakfast and Lunch Served all day