Inexpensive lodging with a social atmosphere for adventurers in North Lake Tahoe.

Soon after its first version, the building was renamed Flor D’italia. In the early 1920’s, the building along with the adjacent buildings burnt down and the Redlight was rebuilt in the late 1920’s, probably completed in 1928 by the Sassarini family. This version stood on the same footprint as the original version, but appears to be shorter in height, with a flatter roof and without the square-winged facade.

It had 2 wood burning stoves and all private rooms had shared baths down the hall. In the mid-1900’s, the building had a metal roof installed over shingles and was covered in blue asbestos tiles, a common siding at the time, and remodeled to have more of a frontier-style including a wagon wheel installed in the middle of the upstairs front porch. In the 1970’s, it was purchased by Lad Lavicka. 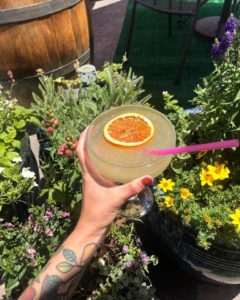 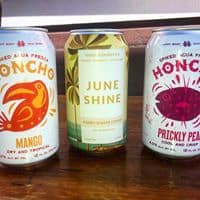 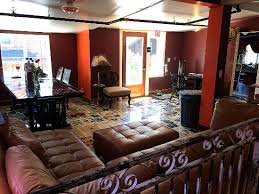 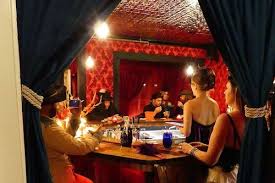 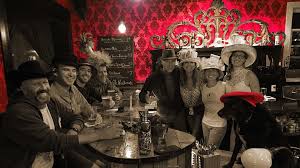